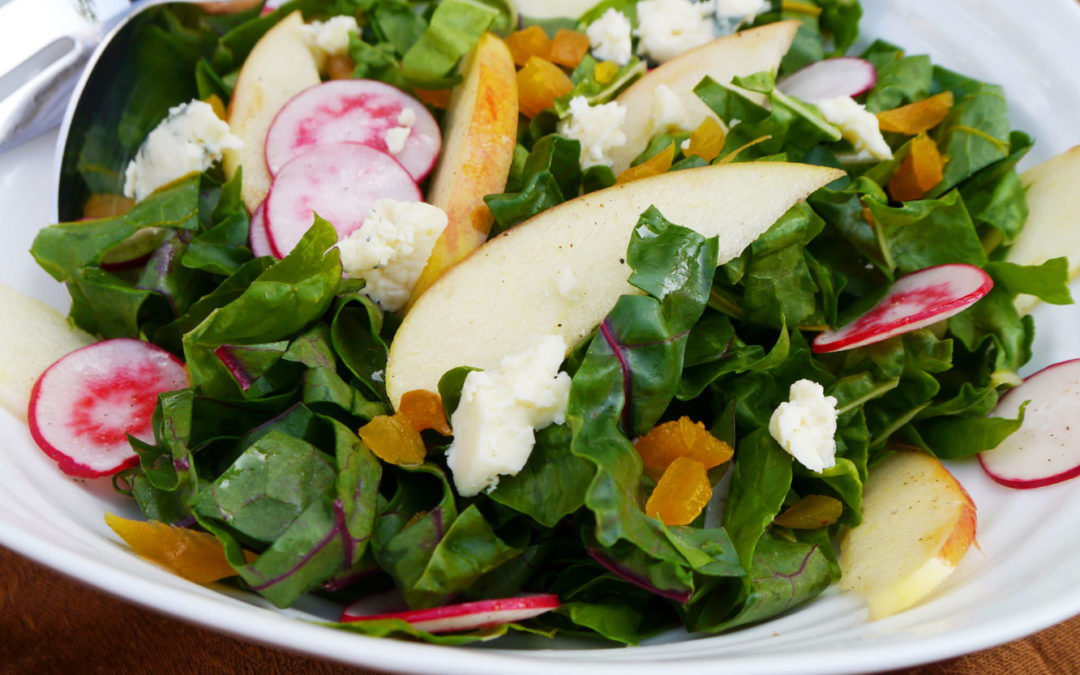 Its spring break!! I stopped at the fruit and vegetable market for the basics just to get us through week before we go out of town for a few days. Then I saw this massive bunch of rainbow chard, I could not resist it was so pretty. I really did not need it but I wanted it, so it came home with me. Then I got it home and realized just how much chard I bought. It was such a huge bunch that it would not fit in the vegetable drawer in the fridge.  Ok time to use this stuff up! I decided that a fresh salad would be a good plan for some of the smaller more tender leaves, originally this was not a blog recipe it was just part of dinner. It was so tasty that I decided I had to share it with all of you. 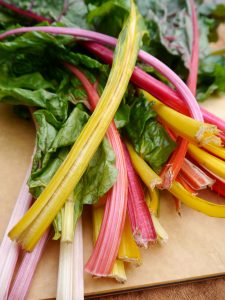 Ok so what is chard, I had to field a lot questions from my skeptical family along those lines, so I am just going to fill you guys in. It is a big leafy green that is something between spinach and beet tops and its super healthy. It is a great source of calcium and potassium, vitamin C, vitamin A and beta-carotene, as well as lutein and zeaxanthin. It has large leaves that are a little bitter when raw and the stems are tough and need to be cooked or pickled to be eaten.  Rainbow is not a kind of chard it just what grocery stores call a bunch of mixed varieties/colors of chard. Taste each color in your bunch and you will see they each have a slightly different flavor. When you cook the leaves they cook like sturdier spinach and they have a mellow woodsy flavor. Raw they are bitter, taste some you will see. So I treated them like cabbage dressing them with a coleslaw like dressing and adding something sweet and something salty. The resulting salad was so great, we inhaled it.  There were no leftovers, I had to make a second salad the next day for my lunch so I could take photos for this article. Hope you enjoy this as much as we did. 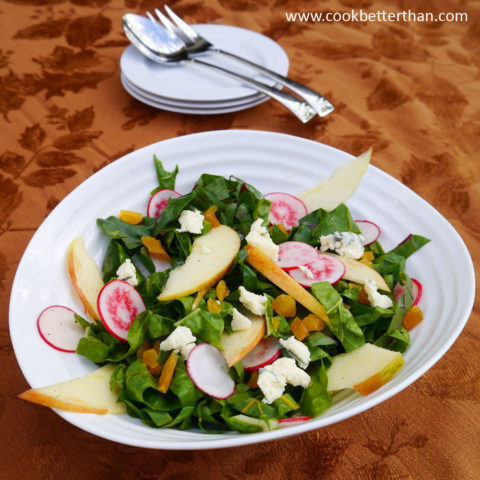