Quick Explanation: How to Roast a Chili Pepper 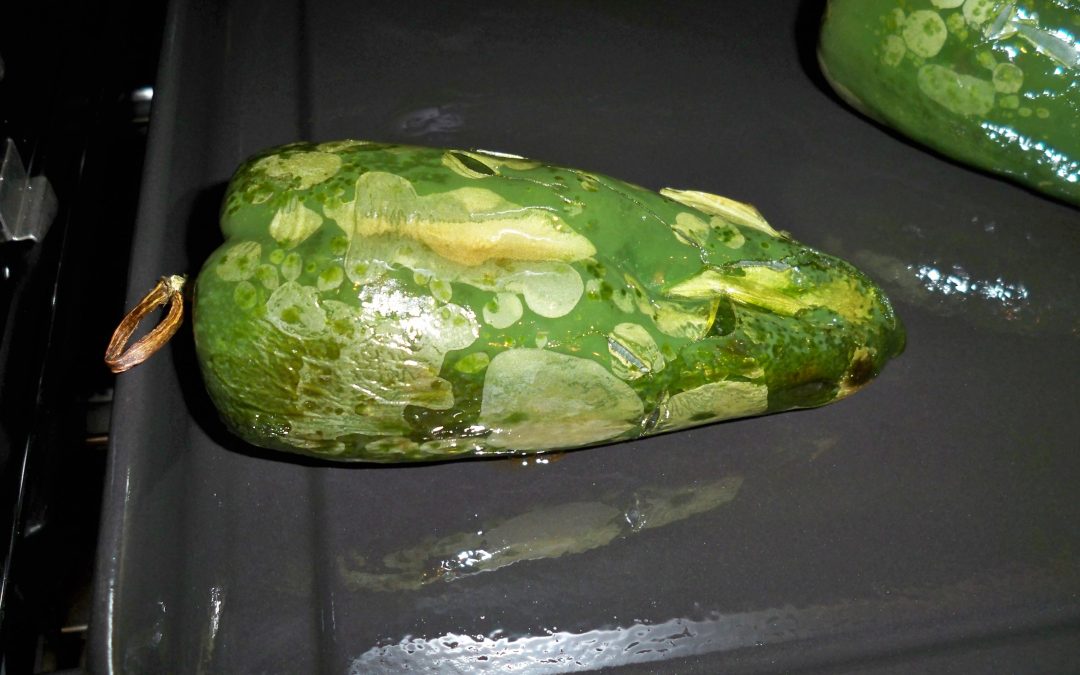 Roasting and pealing is appropriate for any thick skinned pepper like poblanos, anaheims, or hatch chilies.  Gebberally I have found it’s not worth the effort to roast and peal a cubanelle pepper as the skins are thiner. Roasting peppers takes the tough outer skin off making them tender for use in recipes.  It’s especially nice to roast peppers before stuffing them or using them in a soup or sauces. The little bit of extra work of roasting and pealing a pepper a pepper is so worthwhile.

Preheat oven or toaster oven to 400 degrees. Start by washing and drying the peppers. Then rub the outside of the pepper with olive oil and put them on a cookie sheet. 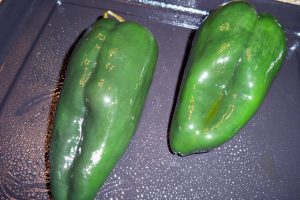 Coat the outside well with olive oil.

Place them in the hot oven for about ten minutes then flip them over. 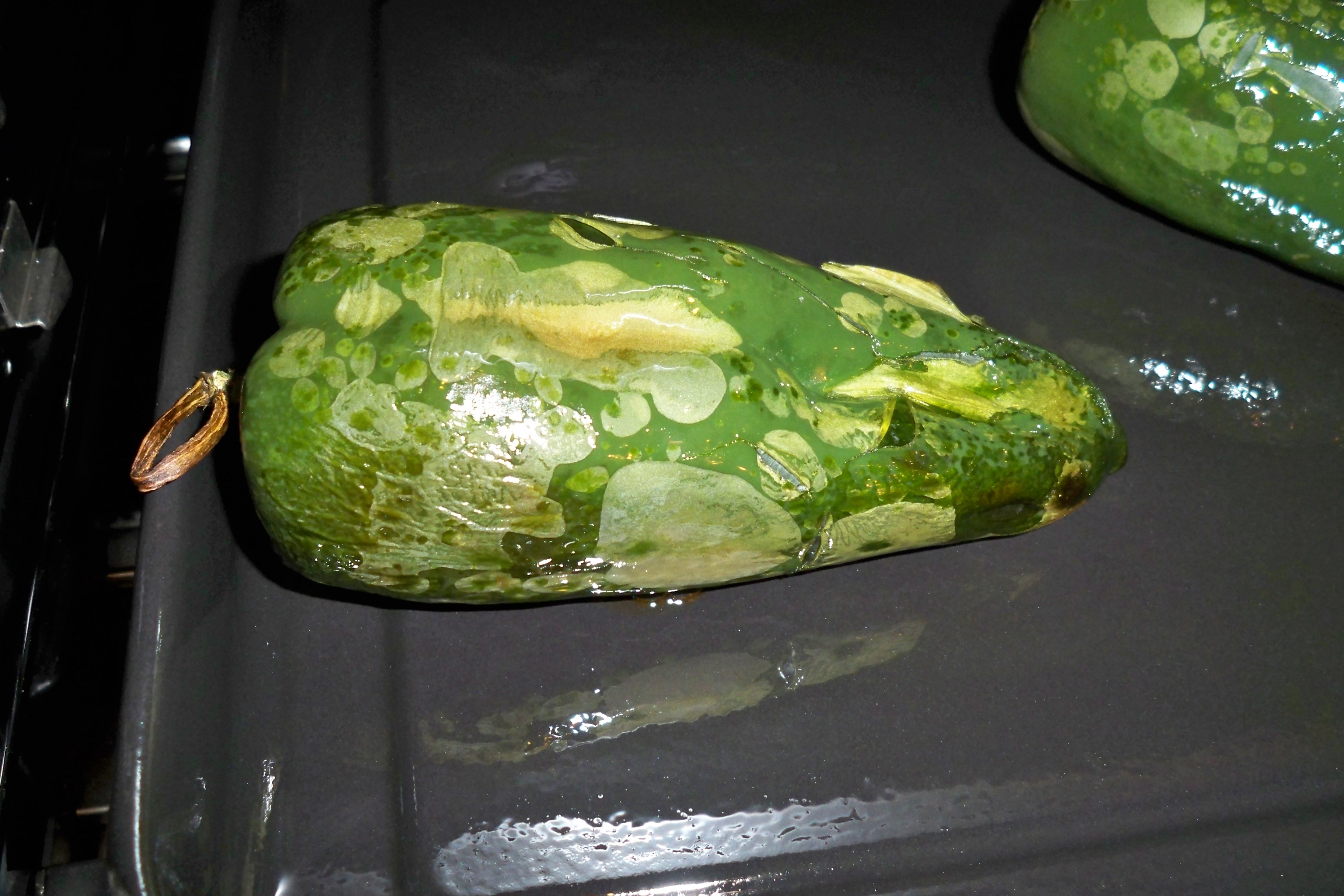 Let them finish cooking for about another five minutes. You can tell they are done when the skin blisters and blackens. Some people will even roast the peppers over the flame on a gas stove or grill.

Remove them from the oven let them cool. Then carefully peel off the outer most layer of skin, it will slide off easily.