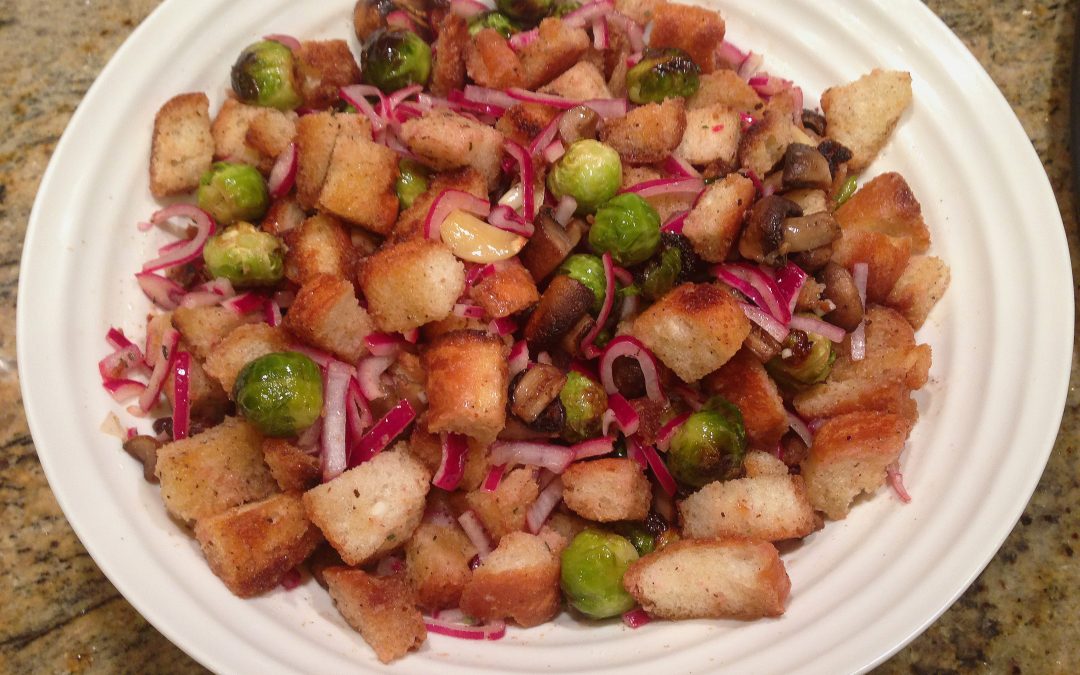 Panzanella or bread salad is a traditionally Italian dish that normally celebrates the bounty of a summer garden: tomatoes, peppers, cucumbers and more. It is also a clever and tasty way to re-purpose stale bread. In the fall and winter it feels silly to make a summer type bread salad so I decided to winterize it. I used almost a whole baguette in this recipe but feel free to cut the bread down and add more veggies. This is not a hugely figure friendly dish as its base is basically fried bread, but it’s so good, to make myself feel better about all the yummy bread I normally serve the salad with roasted chicken breast or a simply cooked piece of fish.

I happened to have very small tender Brussels sprouts on the day I made this dish so I left them whole, but if I had “normal” size sprouts I would have cut them in half before roasting. Also be sure to cut your mushrooms down to bite size pieces if you have big guys, so they will cook about as fast as the sprouts. 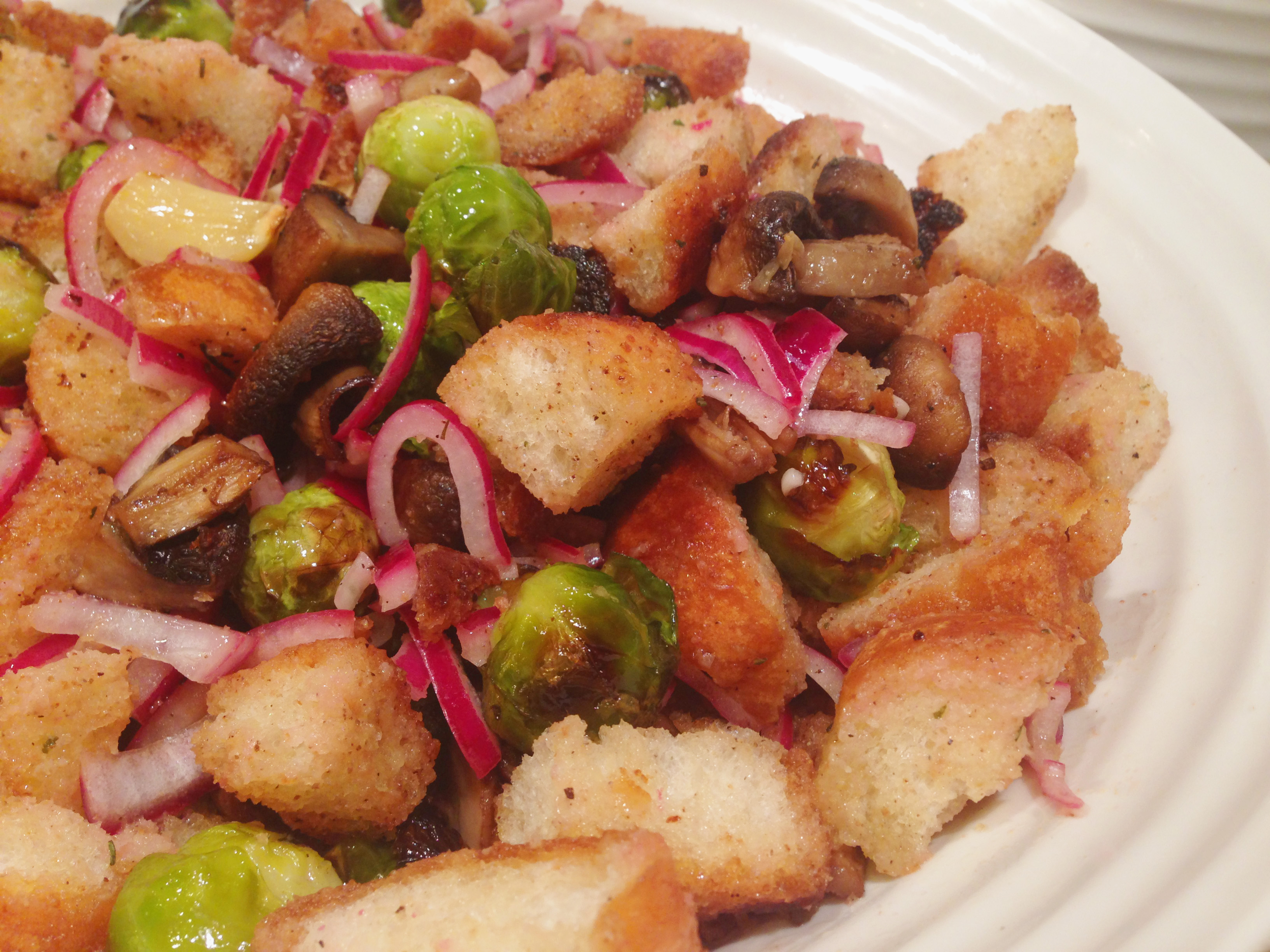 For the bread salad