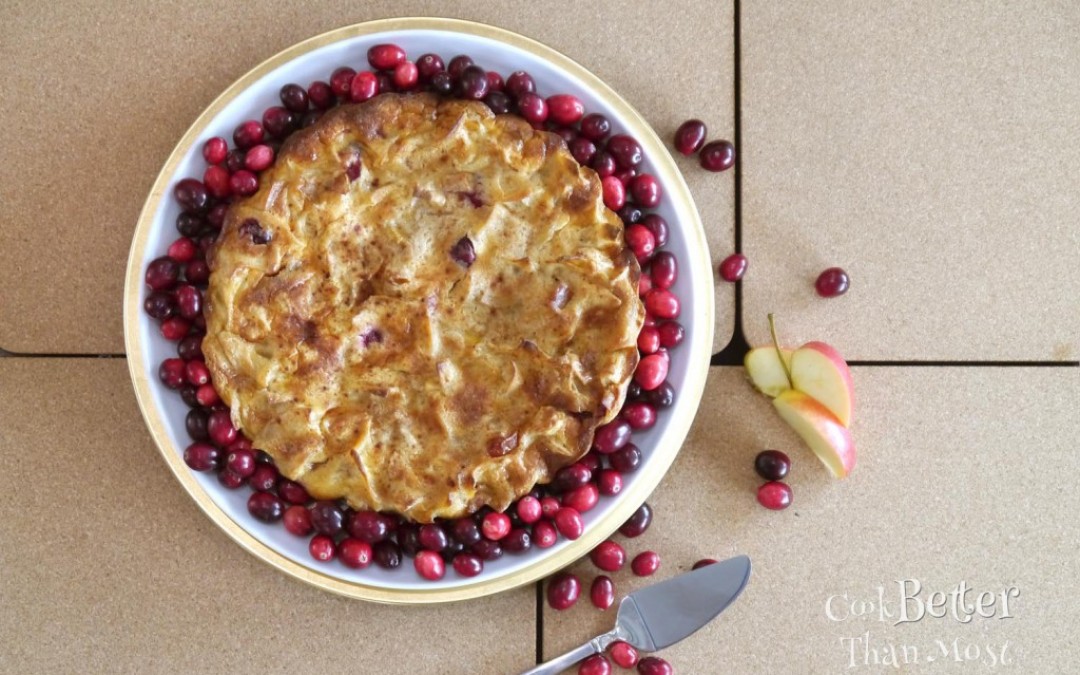 Kugel is a traditional Jewish noddle casserole that you find at many delis. Its normal variation is a pretty band affair, custard and noodles.  Before I married my husband I have never really eaten much of the stuff.  It was more the kind of thing I saw in the deli case while I was getting orders of bagels, chicken livers and other yummy stuff. His family has a tradition of making and serving kugel on most holidays. I got the general recipe from my mother-in-law and did a little google research, the first time I made a noddle casserole I followed the recipe provided, it was bland.  I mean really bland. My husband liked it, I was confused.  The leftover kugel lingered in the fridge except for when Scott would eat hunks of it cold. I guess it was a success and I could have left it alone, but honestly what is the point of making a dish only one person likes, so I had to “fix it.” 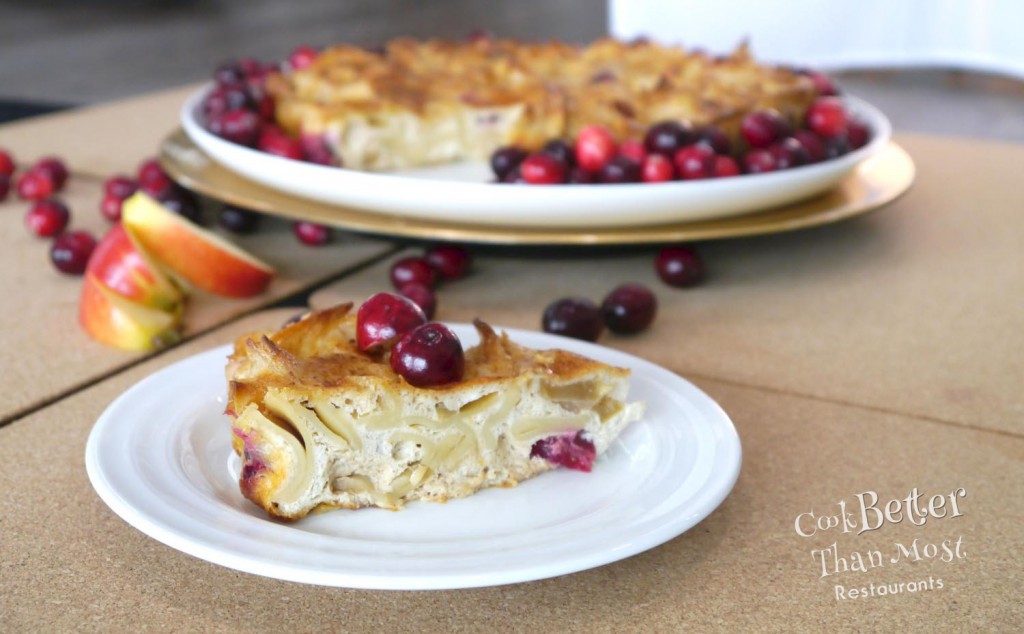 Ok traditional plain kugel was getting an upgrade and since it was the holidays I went with sweet fall flavors: apple and cranberry. I have to say it’s still kind of bland, but that is the point its comfort food not a flavor explosion. My upgraded version is great on a holiday table but honestly I really like my cranberry apple kugel with a cup of coffee as an afternoon treat that is a great alternative to cake or cookies. If you want to go the full desert route add an extra half cup of white sugar to the custard recipe here and you will get it. For a good laugh check out my Facebook Live video from the day I made the kugel featured in the photos on this page. 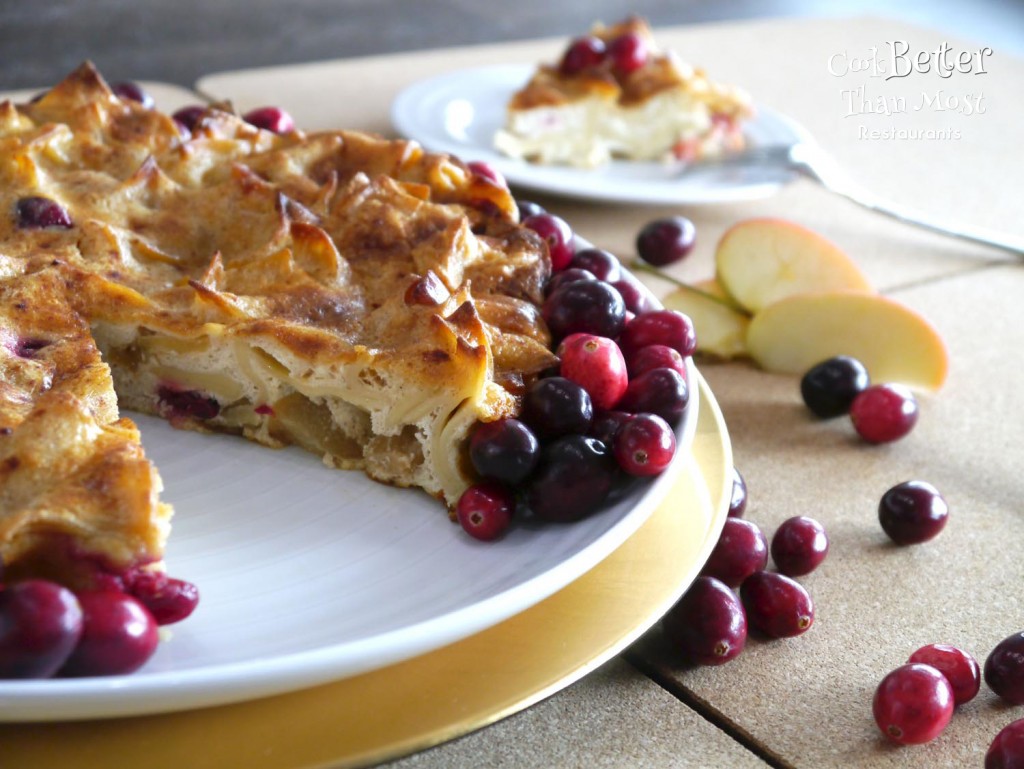 Kugel is a very forgiving and flexible dish so it’s a great thing to make at the holidays when fussy and fancy cooking can just add to the stress. I have served it hot, warm, room temp and cold just throw it out on the table everyone will eat it. Remember to dust the top of the cranberry apple kugel with some cinnamon and sugar before baking to help get a pretty brown crust on top. 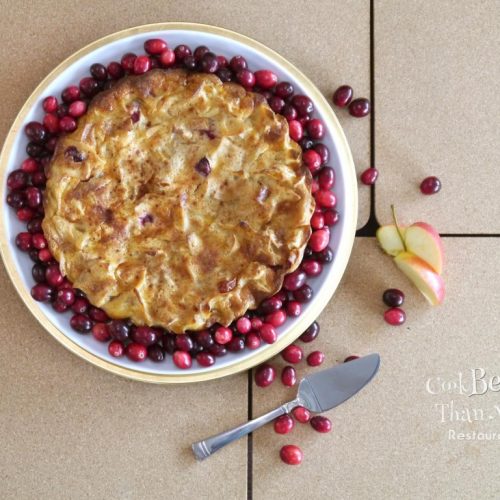 Note If you want a more desert like kugel add an extra ½ cup of white sugar to the custard mix. Looking for more holiday planning tips for Thanksgiving take a look at this blog post. 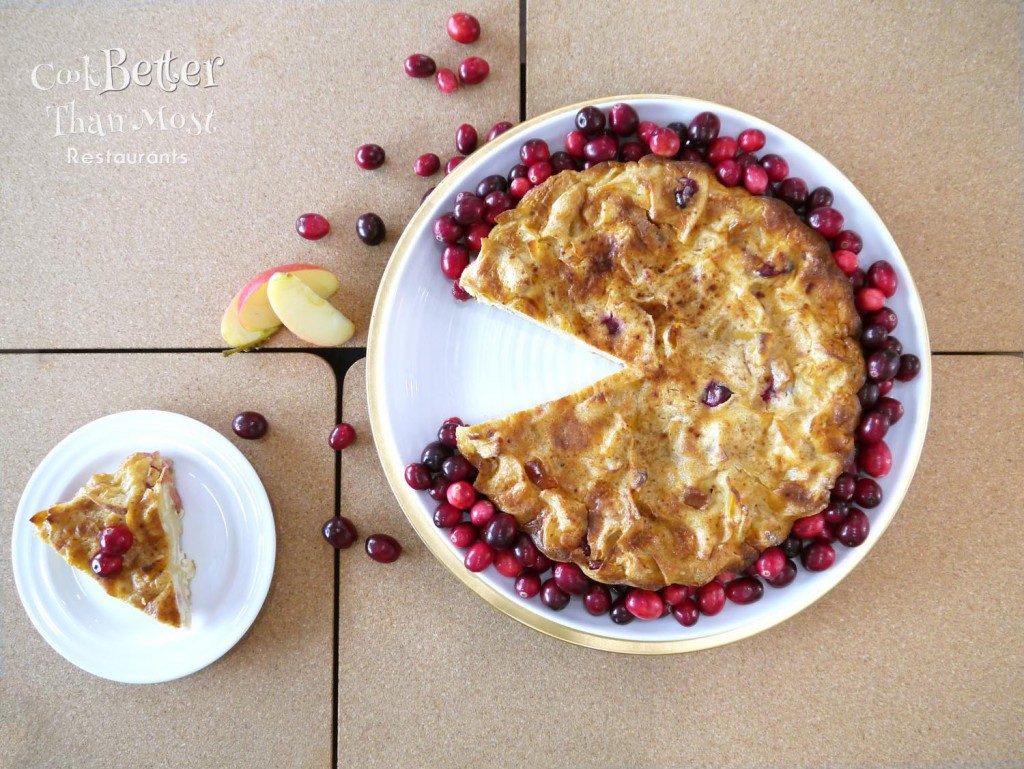