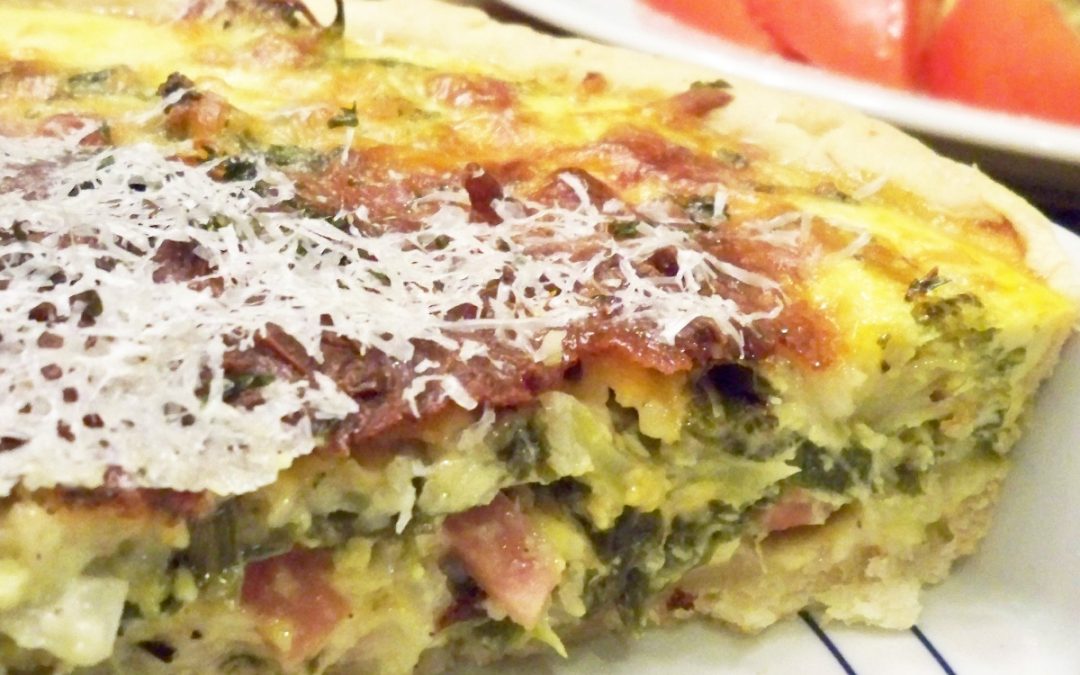 My ham and vegetable quiche was inspired by a 1980 Pillsbury Bake-Off winner, which used crescent rolls as a crust and only had zucchini and onions in the filling. But the mustard painted on the crust is genius and the filling does not have the heavy cream that makes most quiches so high in calories. So I began playing with the filling adding ham and veggies and the Herbs de Provence spices. I also used a traditional pastry crust that I learned in a cooking class at the Alliance Francaise de Chicago, it’s a very simple quick flaky crust that tastes much better than the crescent rolls, I think.

The hams, cheeses, and veggies you put in this quiche are entirely up to you. Whatever you have in the house will work great.  I have used ham, Canadian bacon, traditional bacon, or prosciutto all tasted wonderful.  For the veggies you could add or substitute anything you really like in my list below including: bell peppers, mushrooms or leaks. And this is the perfect chance to clean out the cheese drawer.  I normally plan that half the cheese in the quiche will be mild like a mozzarella or Swiss and the other half will be stronger like smoked Gouda, Irish cheddar, or even a flavored herb cheese. I have been wary to use blue or goat cheese mostly because my family does not have my love for chevre fromage that I do but if you love it go for it. 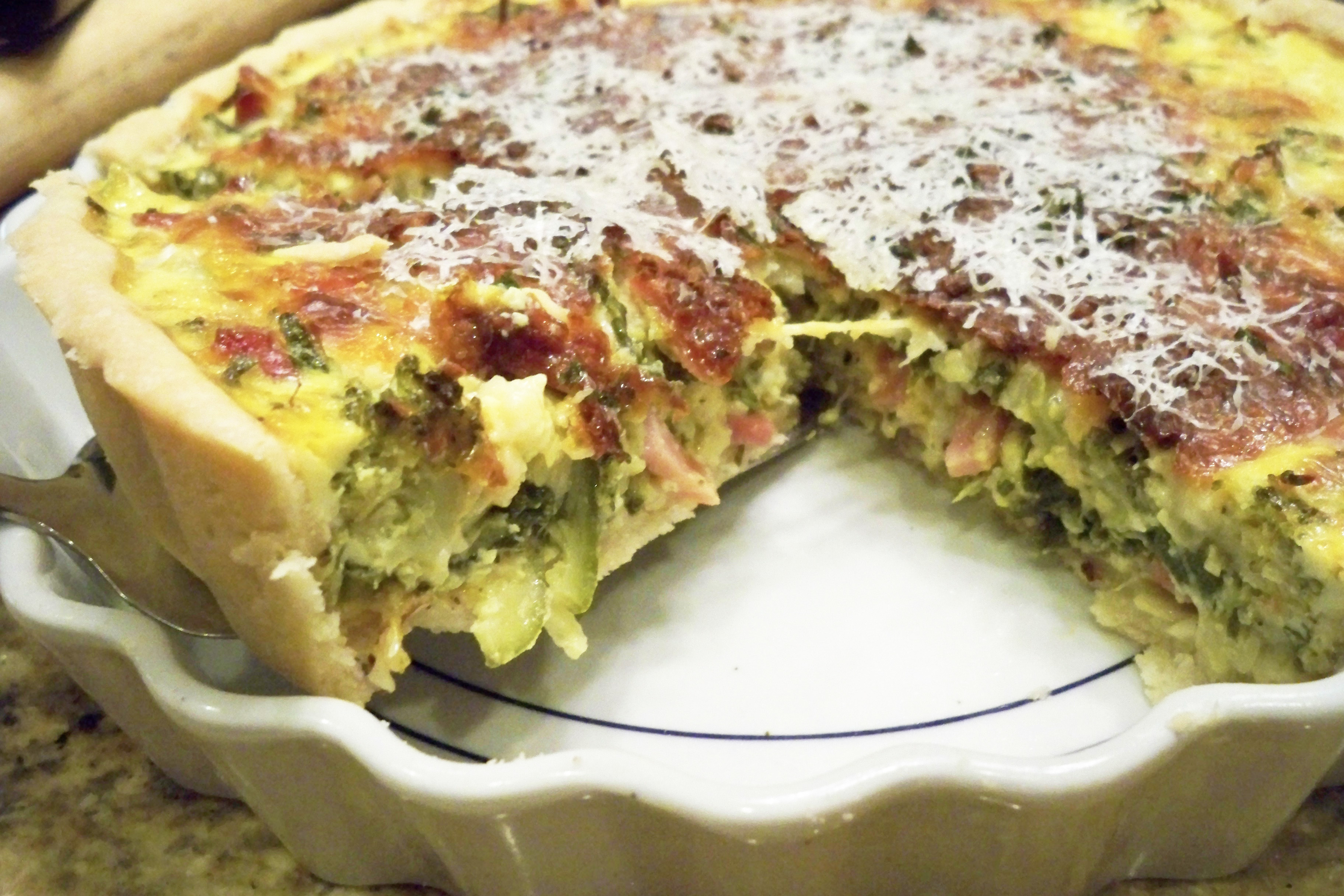