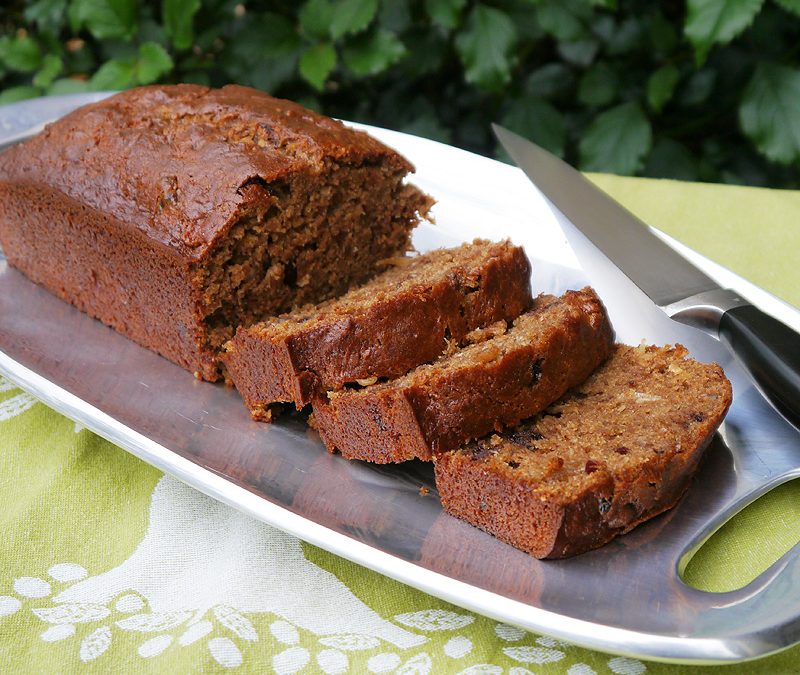 This is an adaptation of a really, really special banana bread recipe from Modern Mrs. Cleaver, the first time I read her recipe all I could think was I had to make it. Well I made it and the single loaf the recipe made disappeared as soon as after school/work snacks that day were eaten. It was universally declared the best banana bread every. I realized that the secret to this incredible bread was that Mrs. C cooked the bananas with some booze, butter and brown sugar before putting them in the batter. It gave a bananas fosters type flavor to the bread that is just wonderful, it also got me thinking. If you cook the fruit before it goes in the batter you could use fruit that a lot of times is to moist to use in bread raw…it’s like making a compote.

I began by kind of roughly doubling Mrs. C’s recipe, and by changing out some white flour for whole wheat and some of the real sugar for Splenda (please no lectures on the benefits or dangers of sugar substitutes).  I like to make these substitutions when I can as I have a house full of inhabitants that are not trying NOT to gain weight, so when I can save a few calories and sneak in some whole wheat I do. I have made this bread with lots of different fruit, but I always start with a base of three or four bananas and one apple or pear then I just grab whatever other fruit I have in the house, it can be fresh or frozen. So far my favorite was the banana, apple and strawberry with dry apricot, the batch in the photos has banana, apple, strawberry and plum with dry cranberries. About the only fruits I have not tried to put in this bread are citrus, grapes, and melon, it’s that versatile; and a great way to use up leftover fruit salad or fruit that has lingered in the fridge past its prime. Don’t skip the coconut it gives such a wonderful sweetness and texture, I love it. 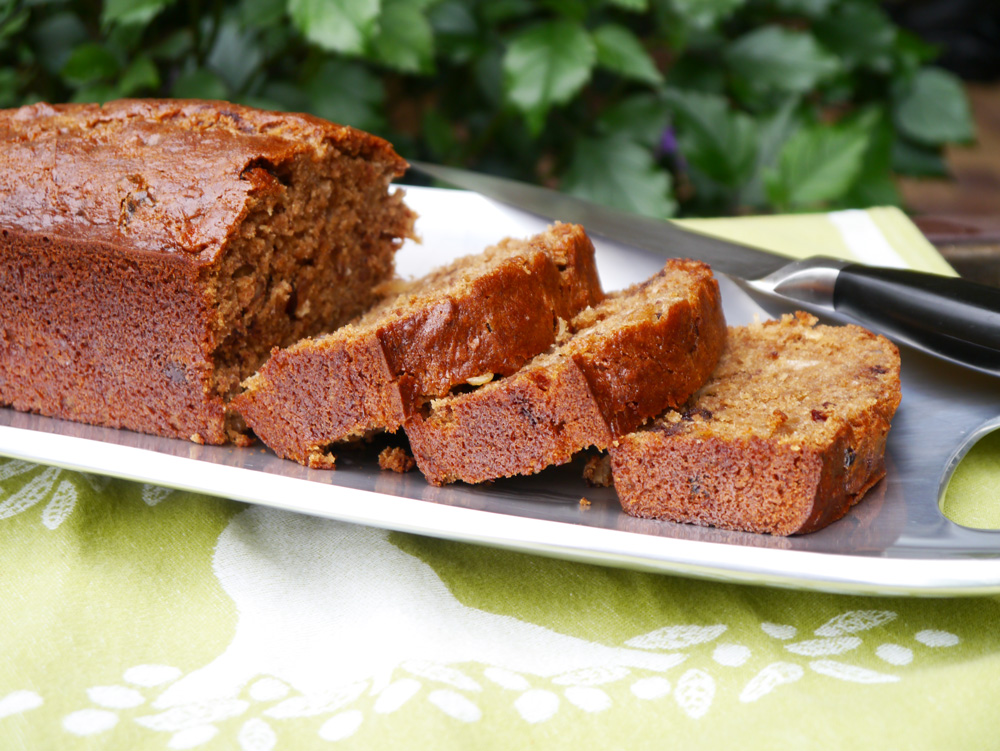