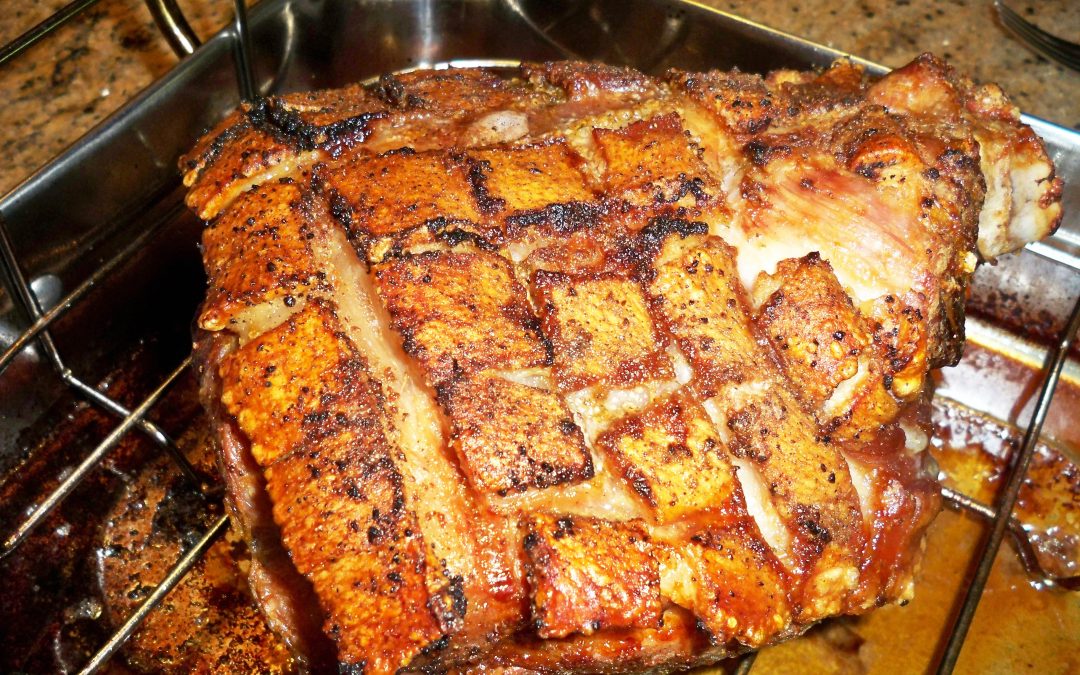 As a family we can eat a ton of food in one night and leftovers normally disappear as after school/work snacks, but there is at least one hunk of meat too large us: the fresh ham. The fresh ham or picnic ham is one of the cheapest cuts in your grocery store and it’s constantly on sale. But at 7-9 pounds you better have an army to feed or a plan on how to serve and re-serve this wonderful pork cut. The picnic ham is normally the shank with a portion of the shoulder and blade, it’s the same part of the pig that is cured/smoked to make a “ham ham,” you know the stuff you eat at Easter. My plan is to totally transform the picnic ham from one meal to the next with as little work as possible.

The first night it’s a Cuban style feast. Slow roasted fresh ham with some basic spices served with black beans and rice, a little lime to squeeze on the meat and you will think you are heading to Miami for dinner. The left over fresh ham is tender and flavorful and can work great for sandwiches or salads, but my plan is to chunk it up and pop it into the crock pot with some doctored up store bought BBQ sauce and make yummy BBQ sandwiches. The best part is that family never really figures out that the second dinner is leftovers; they just know that when they walk in the house smells like their favorite BBQ joint. I normally will roast the ham on a Sunday so that I am home to watch and smell the transformation of raw pig into yummy pork heaven. Then on about Wednesday of that week I make the crockpot BBQ pork sandwiches.

Wondering what to do with the leftover meat still stuck tot he bone? I have a great crockpot posole soup recipe that will get a third meal out of you fresh ham! 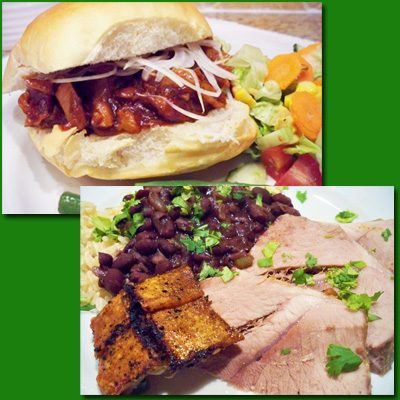 For the Cuban style fresh ham

For the pork sandwiches

If you want to find a way to use up every last bit of pork check out my Simple Posole recipe that uses the fresh ham bone.